Born and raised in Bnei Barak, Rebbetzin Tukachinsky grew up in an atmosphere saturated with kedusha, in the environs of the Steipler ztz”l, Rav Aaron Leib Shteinman ztz”l, Rav Nissim Karelitz ztz”l, and ybdlc”t,  R’ Chaim Kanievsky Shlita, and other gedolei hador; while Kollel Chazon Ish and Lederman’s Shul were fixtures of the daily environment.

In her teenage years, her family moved to Ezras Torah in Yerushalayim, an equally Torah-rich environment. When she nearly completed her schooling, her American parents, who had moved to Eretz Yisroel ‘for only a few years,’ finally moved back with the family to the United States – after a 20 year stay in Eretz Yisroel.

In New York, she immediately launched her chinuch career, eventually teaching for over two decades in the Bais Yaakov High School of Boro Park. Early on, she found herself involved at times with students and others as they confided in her, surprising even herself with real, very tangible changes. Mothers of students and others of the United States and abroad began to contact her as well, for advice with their other children, their own personal challenges, serious emotional disorders and shalom bayis issues – once again, with surprisingly unparalleled results.

Rebbetzin Tukachinsky's (or Miss Grama, as she was known in those days) revolutionary approach of how to work with people, was producing unprecedented healing. This proved the validity and power of her discoveries. Families From the United States and from abroad struggling in complicated situations reached out to Rebbetzin Tukachinsky for help – and through phone sessions achieved powerful healing.

It was also during those years that Rebbetzin Tukachinsky coordinated her trademark Bais Yaakov High School annual Shabbotons. Until today, they are remembered for their creative magnificence and for the powerful impact they permanently etched into the hundreds of students in attendance each year; yet even more so for Rebbetzin Tukachinsky’s unique way of discovering and bringing to the forefront students’ talents and abilities that even they themselves never dreamed they possessed.

Throughout all of Rebbetzin Tukachinsky’s vast experiences of working with and healing people through what to her was such an obvious, natural method, she reached a shocking realization; it was virtually unknown or implemented elsewhere. She felt it was her mission to formulate it in writing -- and Sod Ha’adam emerged.

Sod Ha'adam Comes To Be

In the summer of 2009, while spending time in Eretz Yisroel, Rebbetzin Tukachinsky was approached by a woman who was a well-respected, renowned teacher of all branches of psychology, and a director of leading parenting groups all over Eretz Yisroel. The woman had heard about Rebbetzin Tukachinsky and her startling success stories and had come to her to ask for desperately needed advice on how to save her own teenage son who had become ensnared, and was struggling in a complicated, emotional downward spiral. She had already tried all of the many techniques which she knew all too well – but with insufficient results.
When Rebbetzin Tukachinsky finished her patient, detailed and encouraging guidance, the psychologist was in a state of absolute astonishment as she realized the treasure that Rebbetzin Tukachinsky had just revealed to her.

It was the utterly straight path of truth: Sod Ha’adam which simply goes back to the Torah secrets that we Yidden have always known throughout the years – that have tragically gotten lost in the last generation. It’s the pure, natural path of understanding and connecting to the true essence of each individual.

Through Rebbetzin Tukachinsky’s deep understanding of the nefesh of a yid, she teaches us how to grasp who a person really is, what’s blocking, and how to pave the road back for ourselves to find our real self, and all our glory.

Right then and there the psychology teacher informed Rebbetzin Tukachinsky that she would be arranging for her to speak for an upcoming large event in Yerushalayim for mothers, teachers, principals, and professionals during which she would introduce Sod Ha’adam. Rebbetzin Tukachinsky relates: “Reluctant, I asked her to rescind her request-- or rather command -- that I speak in front of hundreds of women. But she was relentless! So, all I could do was resign myself to the fact that perhaps Hashem was being mezakeh me to be a pipeline -- the shaliach -- to give over the truth of dvar Hashem to others. And it is this thought that continues to fortify and impel me until the present day.”

It was during this period of establishing Sod Ha’adam, just several years ago, that Miss Grama was finally zoche to become Rebbetzin Tukachinsky, as she embraced the Tukachinsky children, who had lost their mother after a long illness, as her own.
Rebbetzin Tukachinsky married into a family whose roots span many generations of living in Yerushalayim, beginning with R’ Shmuel Salant ztzv”l, and the Etz Chaim Yeshiva, where her husband is currently a maggid shiur. It is also in Yerushalayim where she devotes herself to her newest, most cherished career of raising her new family and building her home.

Where are Sod Ha’adam Classes given?

Rebbetzin Tukachinsky presents her course for women on a daily basis in various locations in Eretz Yisroel. Each location features her course on a specific day.  These include:

(The participants receive the equivalent of advanced college credits , for attending the Sod Ha’adam courses – which rather than advancing their career, enables them to receive higher salaries.)

Following her basic one year course, her audiences, always thirsting for more, have requested additional courses on higher levels that zero in on their specific needs. They include:

Rebbetzin Tukachinsky is a frequent guest lecturer for one-time special occasions in many locations such as principals’ and teachers’, and women’s special Yimai Iyun/short courses - mostly due to a lack of time - and retreats, and regular classes for such groups as

In addition, Reb. Tukachinsky has been a guest lecturer in Europe, (London, Antwerp, and Zurich) and in the United States (Lakewood, Boro Park, Williamsburg, Monsey, New Square, The Catskills, and Los Angeles).
Finally, after many requests her teachings have become available as a teleconference course. 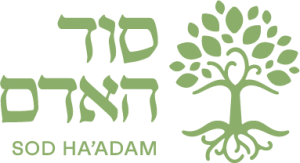